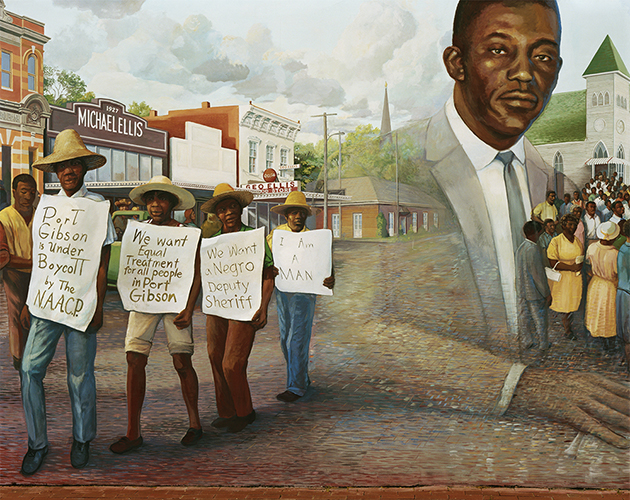 I’ve donated a photograph shot in March 2020 of a mural commemorating the 1966 Port Gibson Boycott led by the NAACP in Mississippi from my body of work in-progress, SOUTHERN FICTION, to Rocket Science Magazine’s fundraiser dedicated to organizations who support Black lives and the ongoing fight against racism.  On April 1, 1966, the local chapter of the NAACP imposed an economic boycott on the majority of white-owned businesses in Port Gibson. Picketing and peaceful marches and demonstrations demanding equality and racial justice continued on and off for eleven years, during which a significant number of business failed or closed. Prints of this image, produced by Light Work Lab in an edition of 10 for $100, can be purchased on Rocket Science Magazine’s website though July 17 and proceeds of sales will be contributed to the NAACP.